Formerly operating as Graphic Design Festival Scotland
WE ARE ON A MISSION TO CELEBRATE AND INSPIRE PEOPLE IN THE CREATIVE INDUSTRIES. 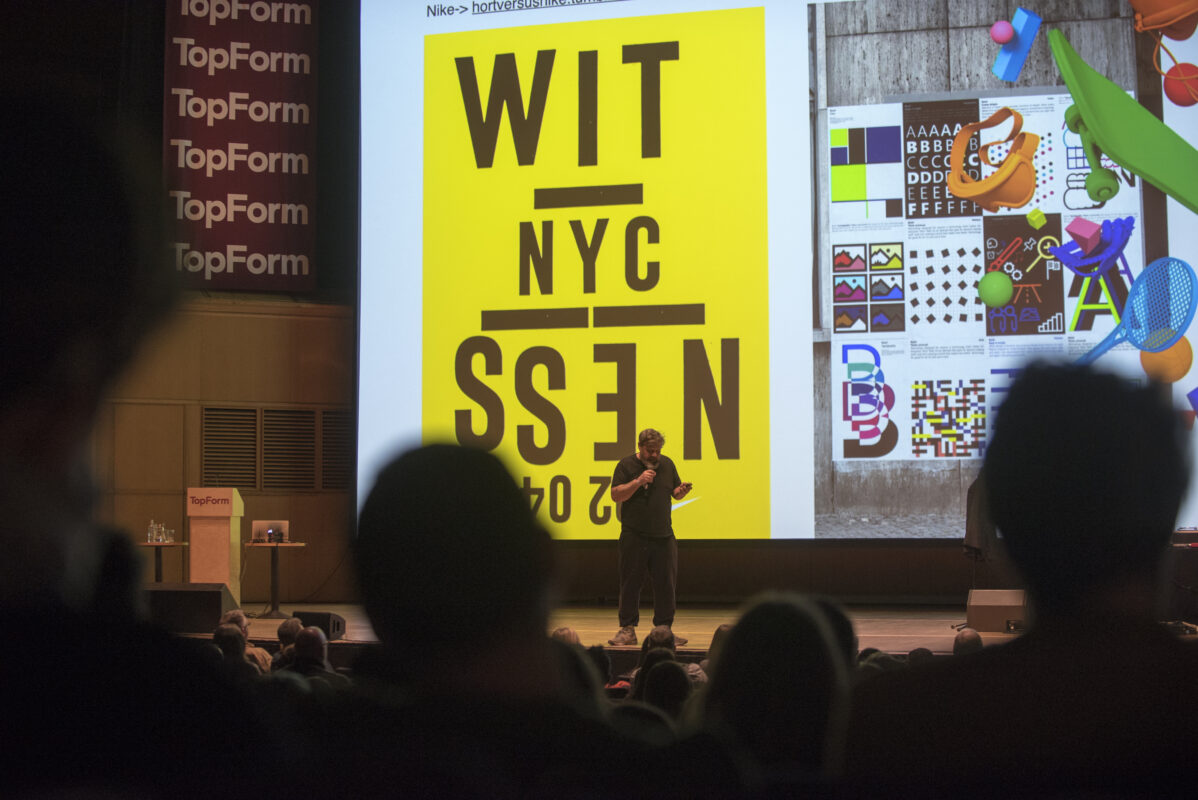 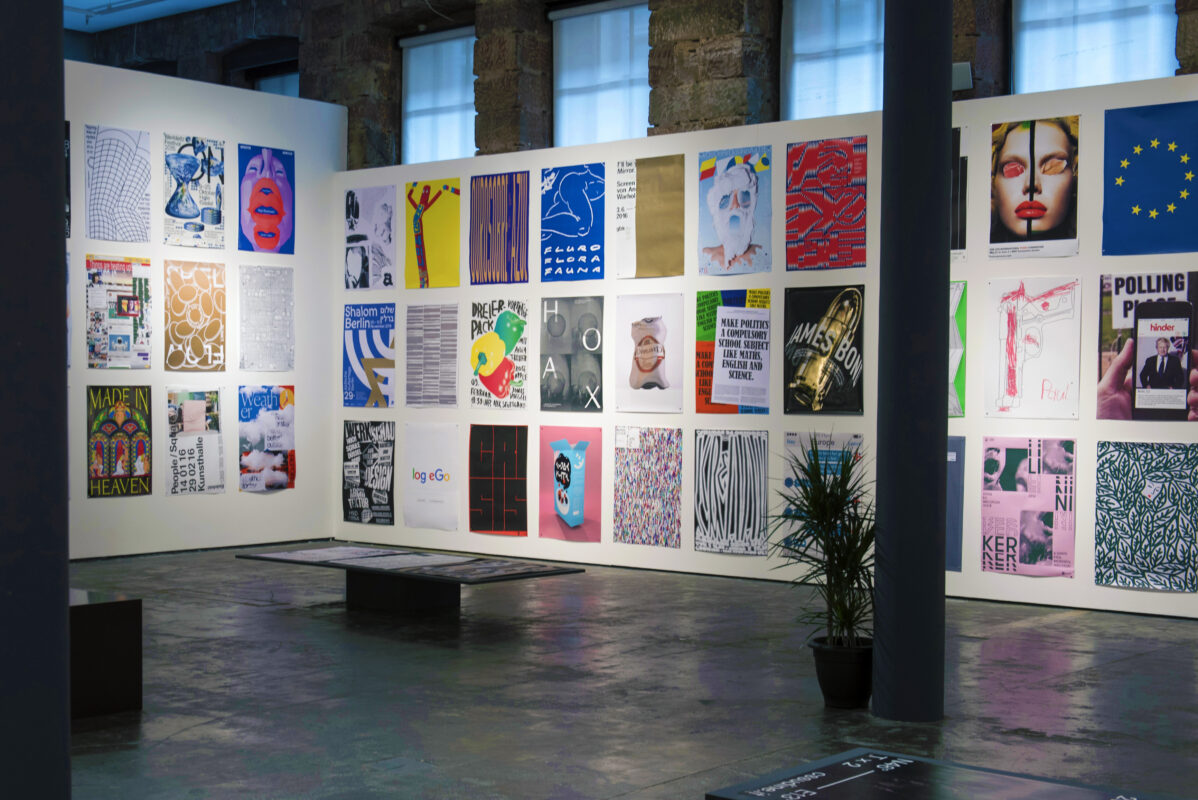 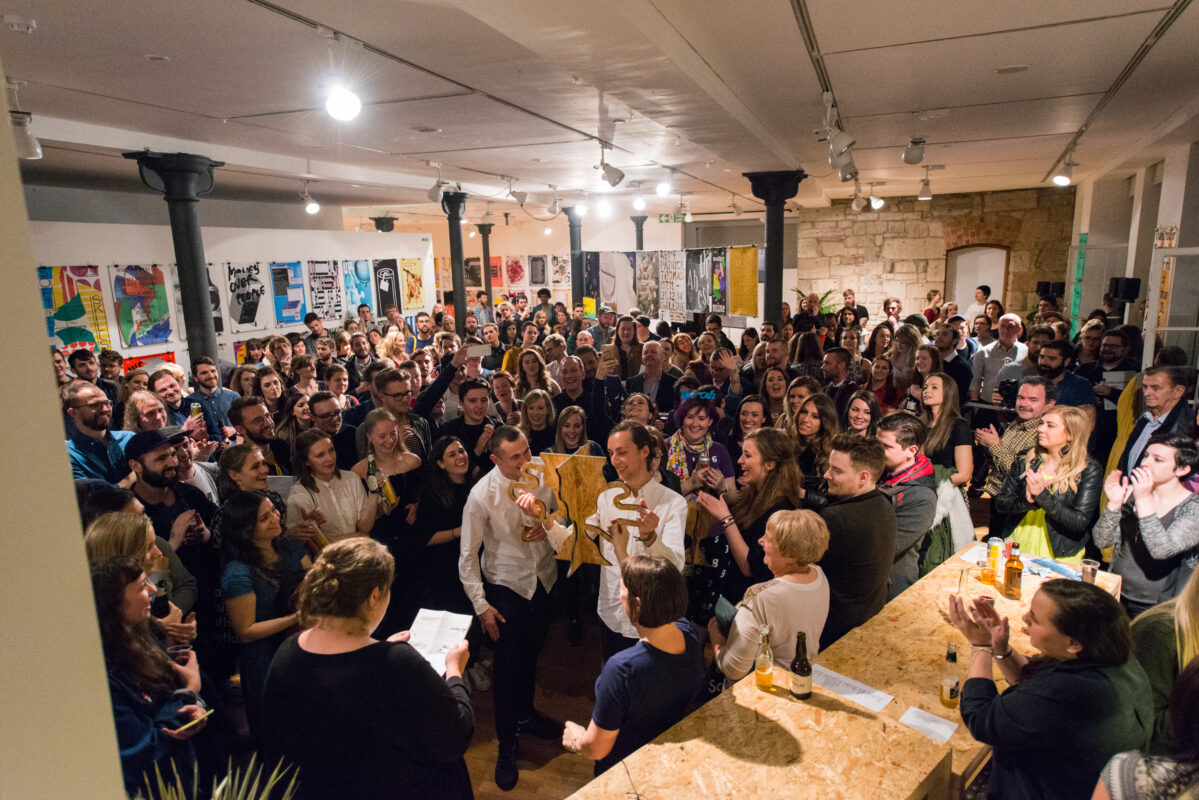 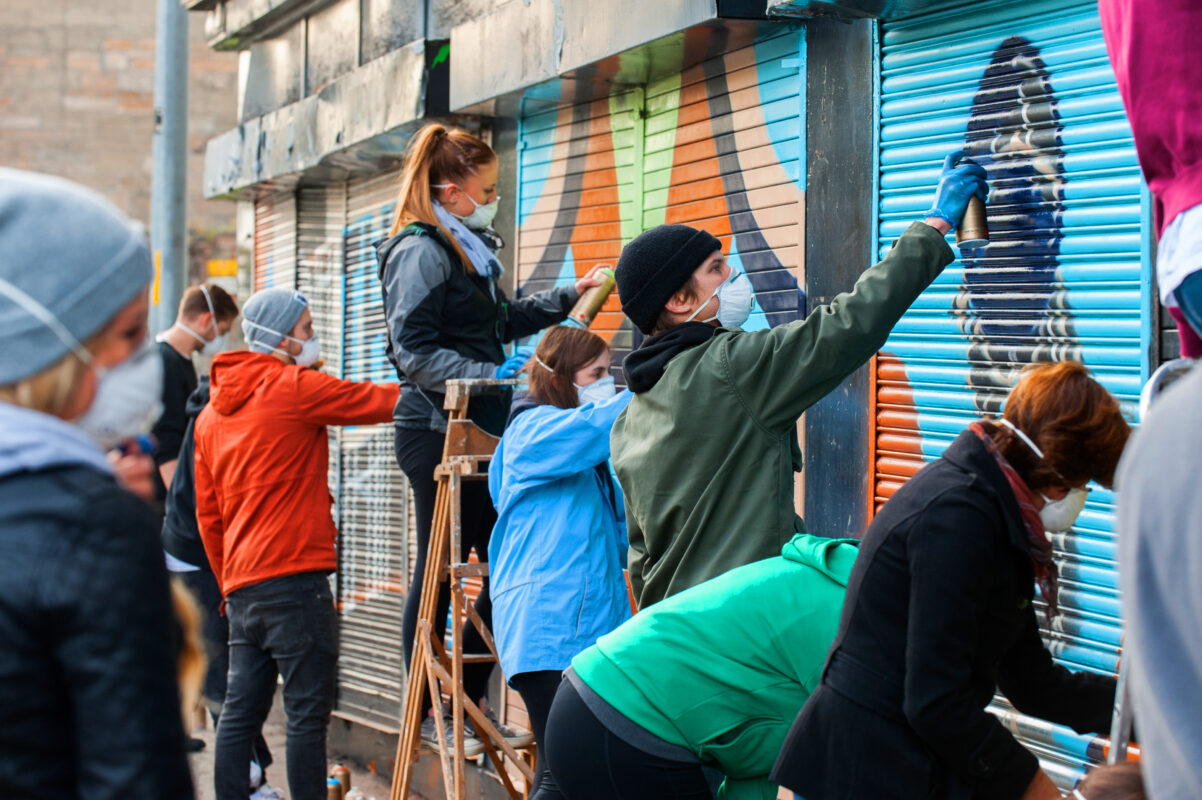 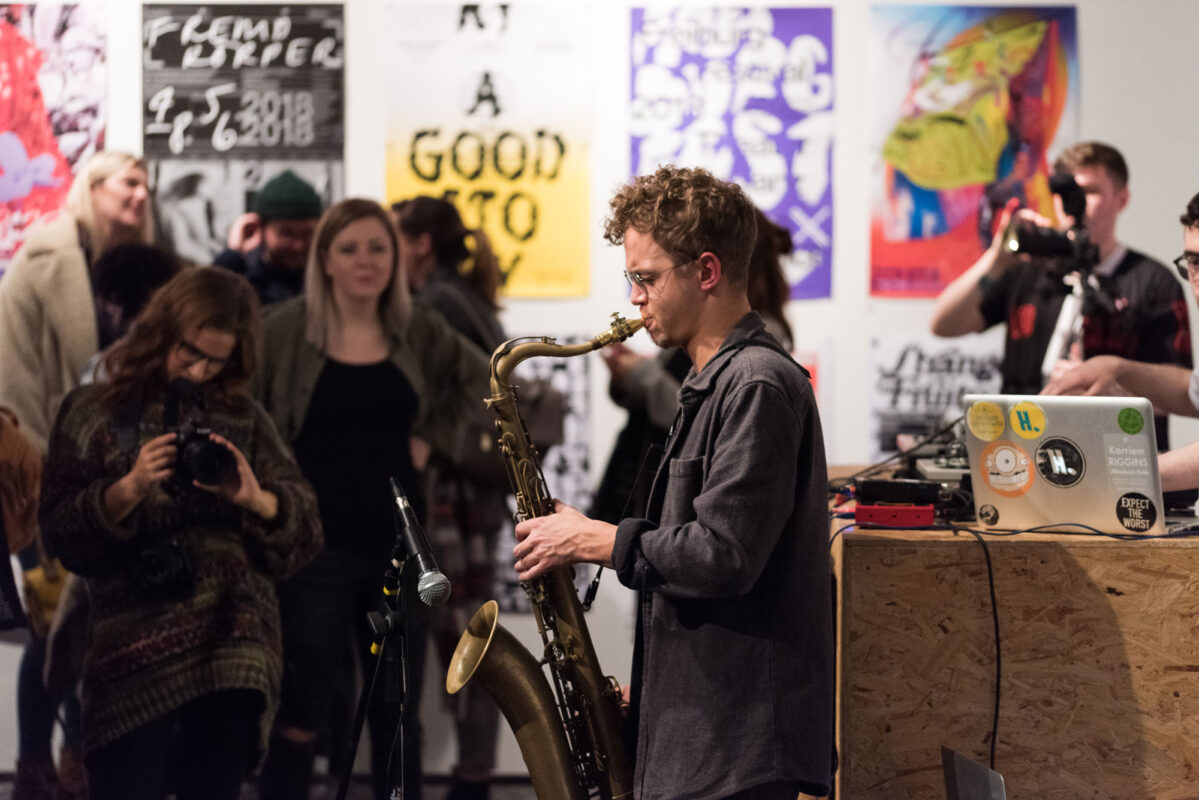 2018 Opening Party and Launch of the International Poster Exhibition
LEGACY

Highlighting outstanding creative work and celebrating the people behind it is what INTL is all about. We promote the creative industries and aim to build a supportive community through inspiring events, international projects and a global awards programme.

Since launching we have:
– Organised 163+ events and projects
– Welcomed over 225,000 participants and attendees so far
– Received 30,000+ entries to our International Poster Competition
– Gained 70,000+ followers across socials
– Reach 3,000,000+ on social media each year
– Facilitated 150+ student/graduate placements
– Become one of the world’s largest creative events
– Worked with inspiring designers from around the world
– Grown as a team of friends who love art, design and visual culture

Listen to podcast on INTL journey 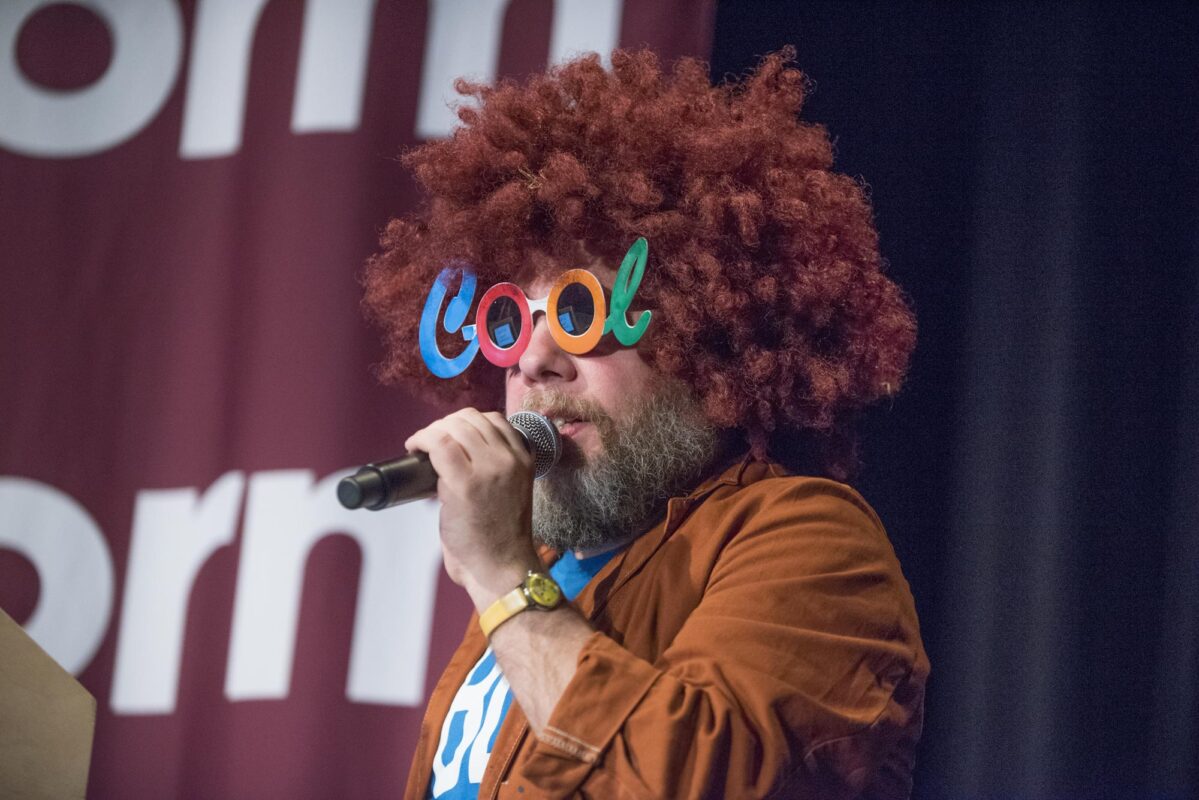 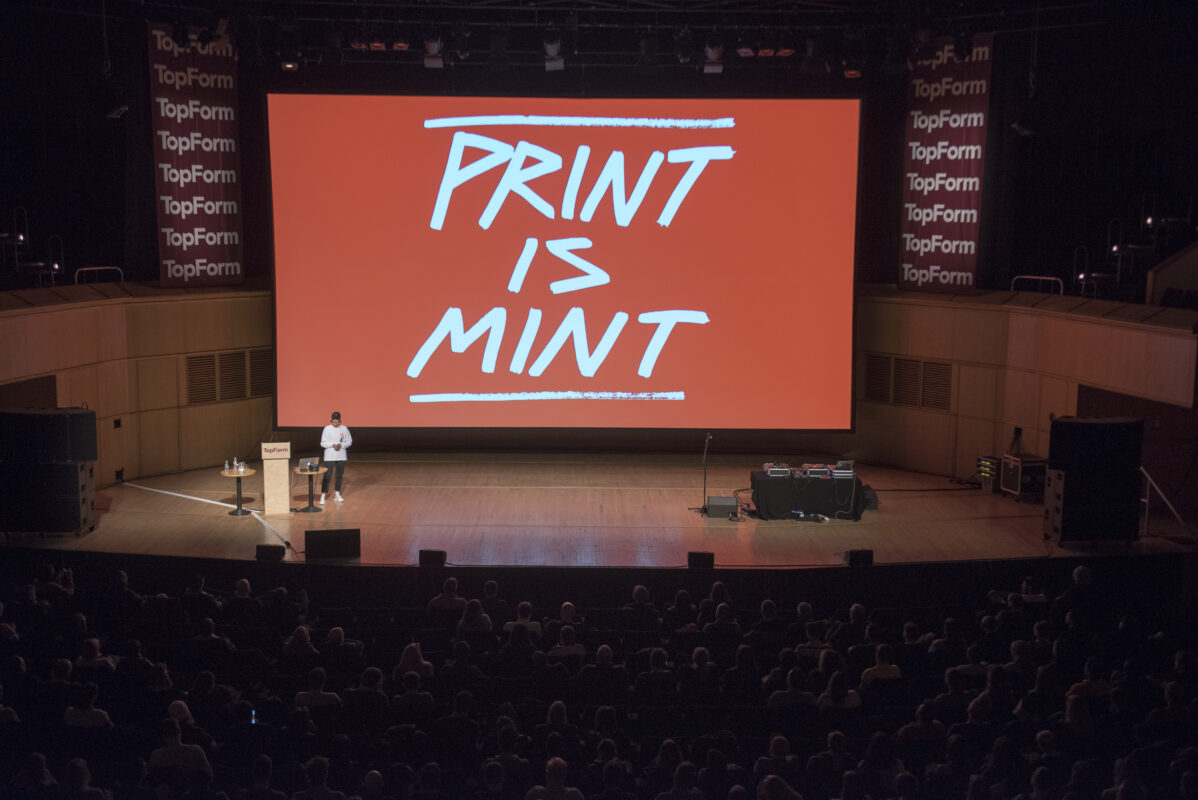 Kelly Anna speaking at the 2019 conference! 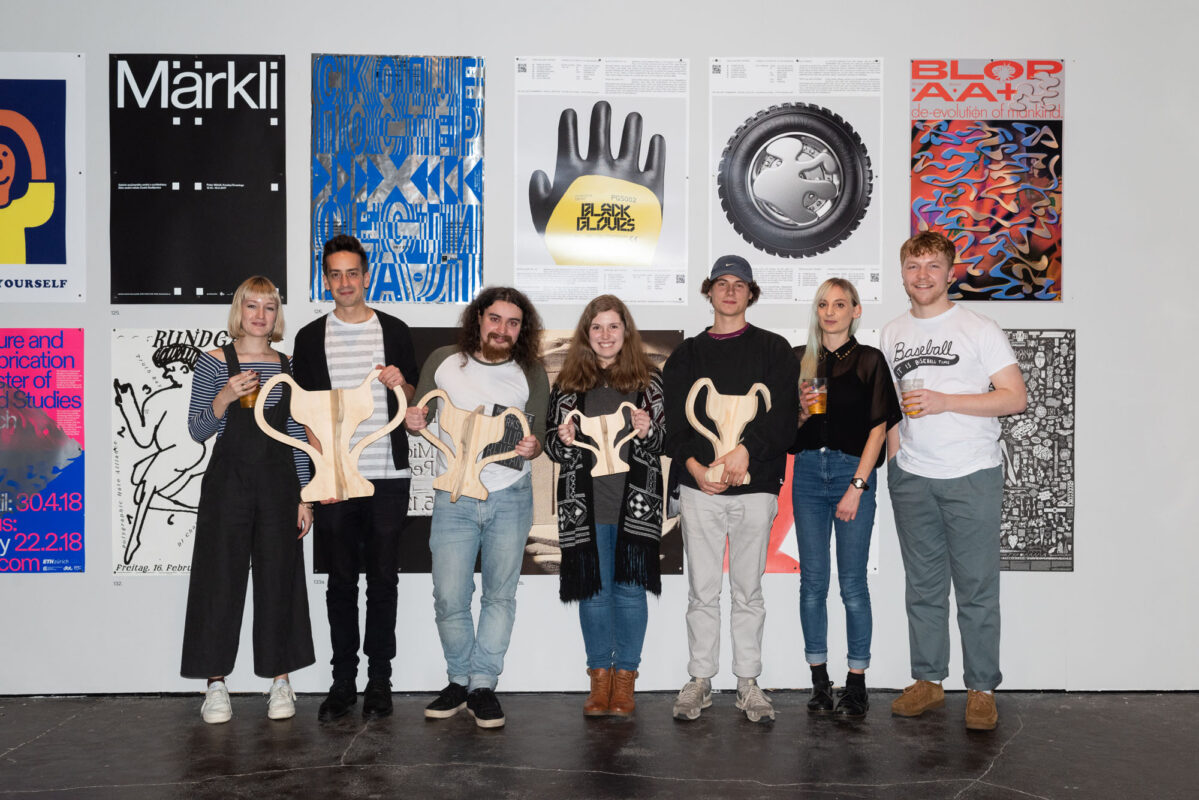 Winners of the 2018 Live Project for students and recent grads! 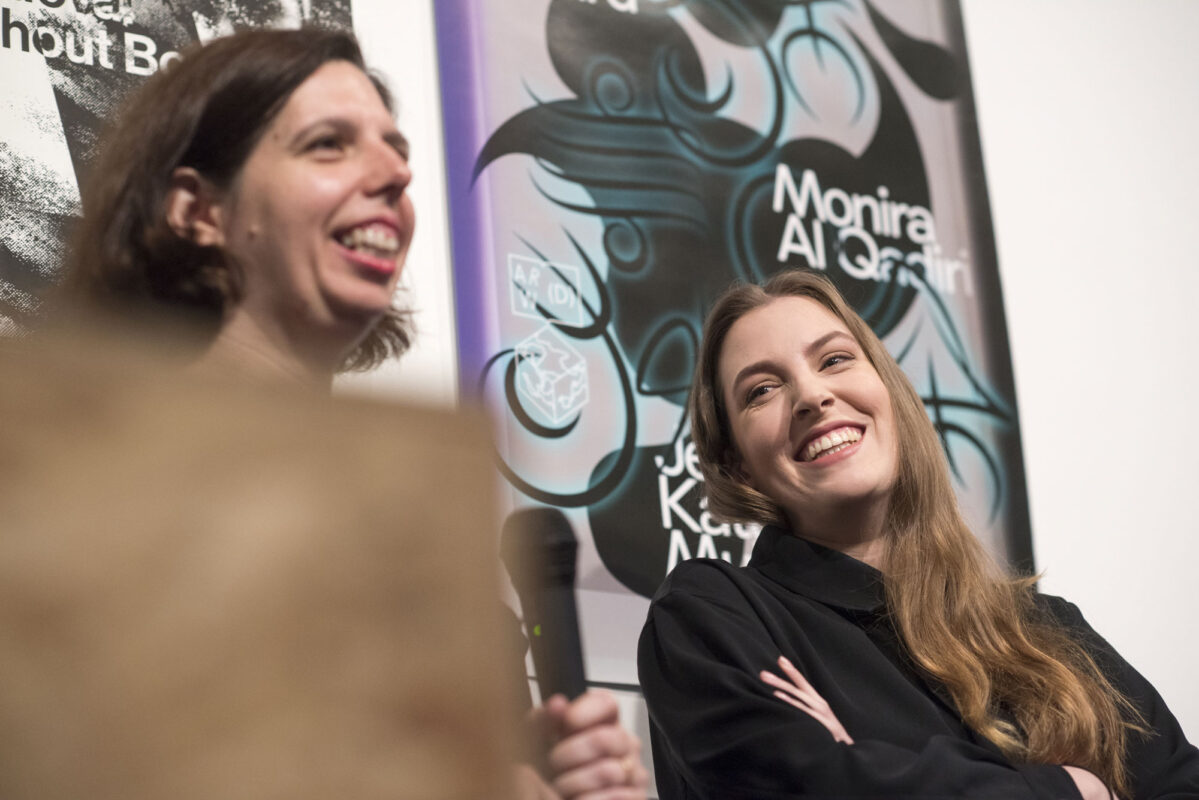 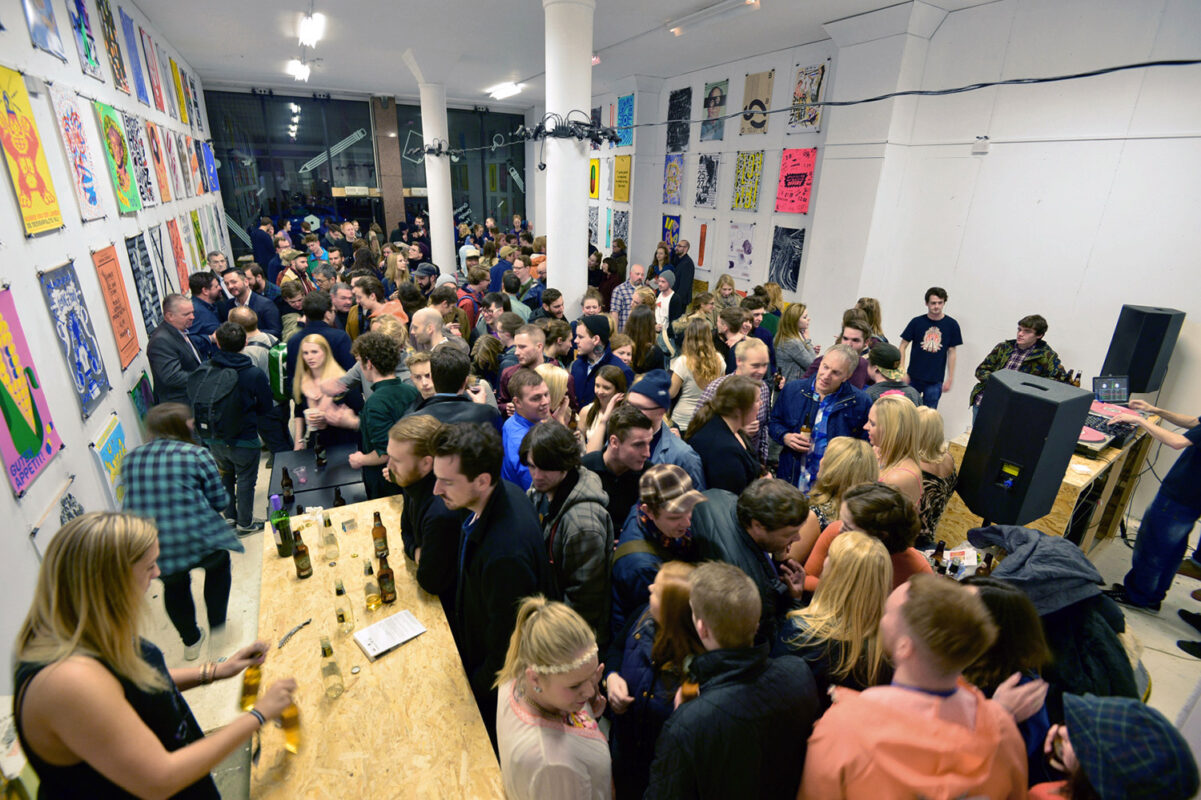 – Encourage creative thinking
– Provide opportunities for people to learn, develop skills and grow
– Build and strengthen a creative community
– Connect people in different creative communities around the world
– Provide a platform for up-and-coming talent
– Create links between education and industry
– Celebrate the best in the creative industries
– Empower creative people

Networking and socialising play a key role in everything we do. Through INTL we aim to build longstanding relationships and a supportive community which spans world-wide.

Join us and become a partner 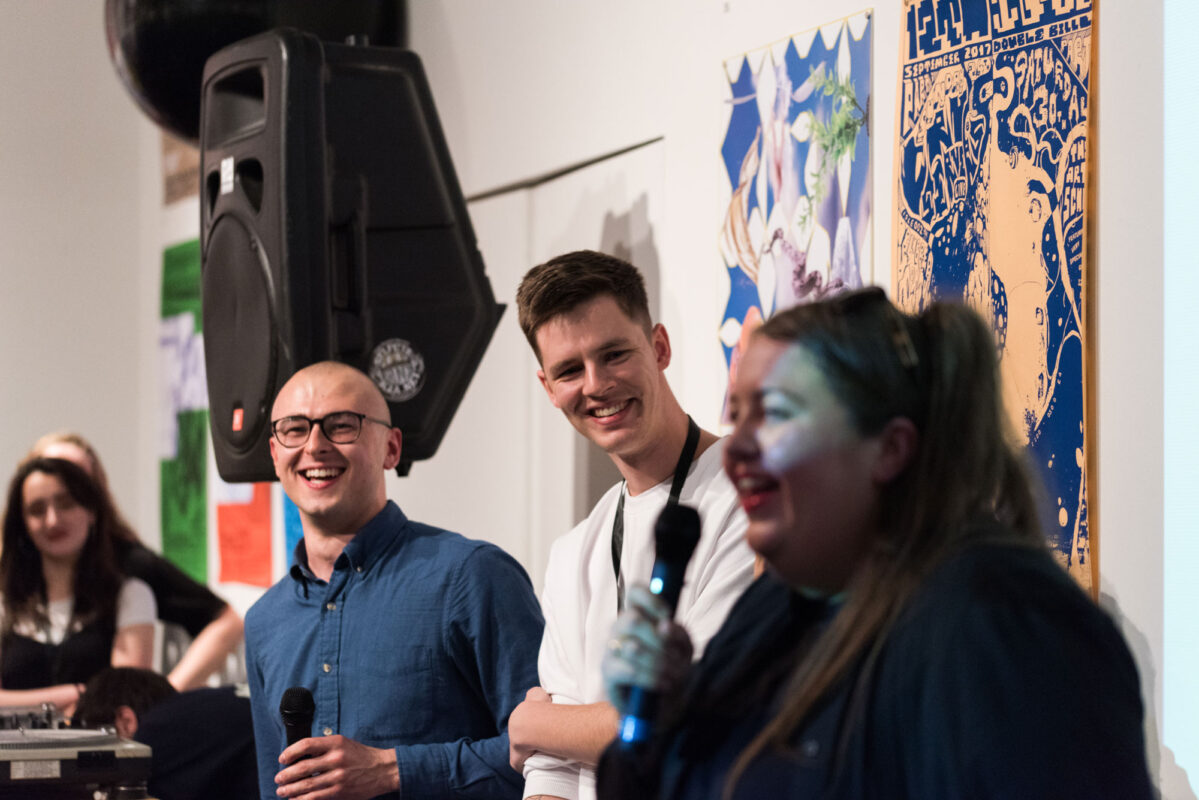 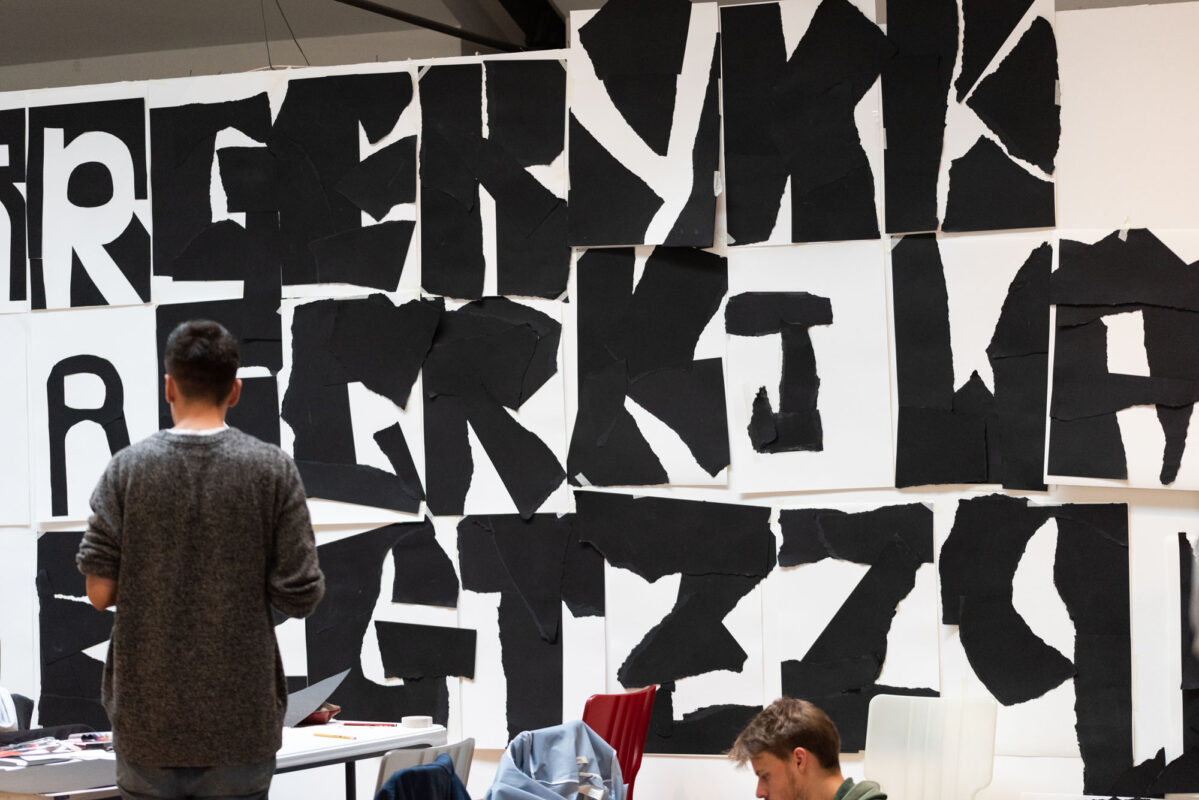 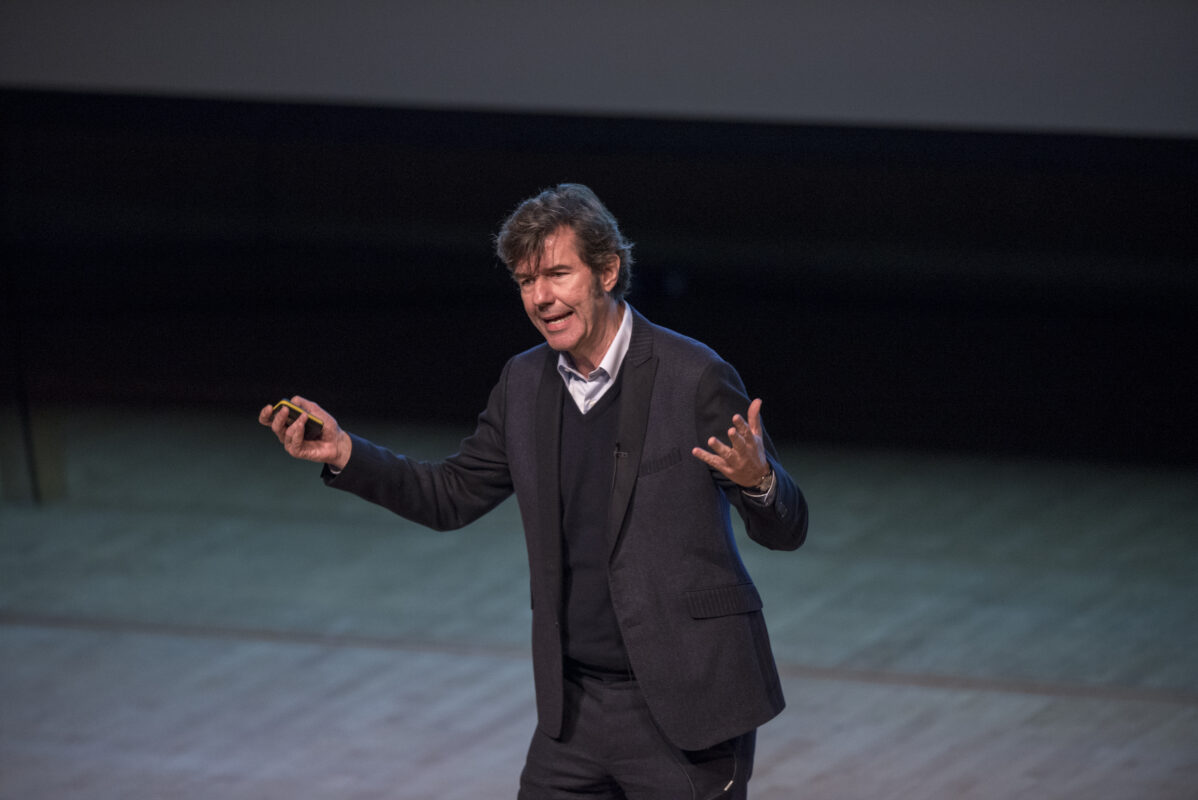 Stefan Sagmeister speaking at our 2019 conference. 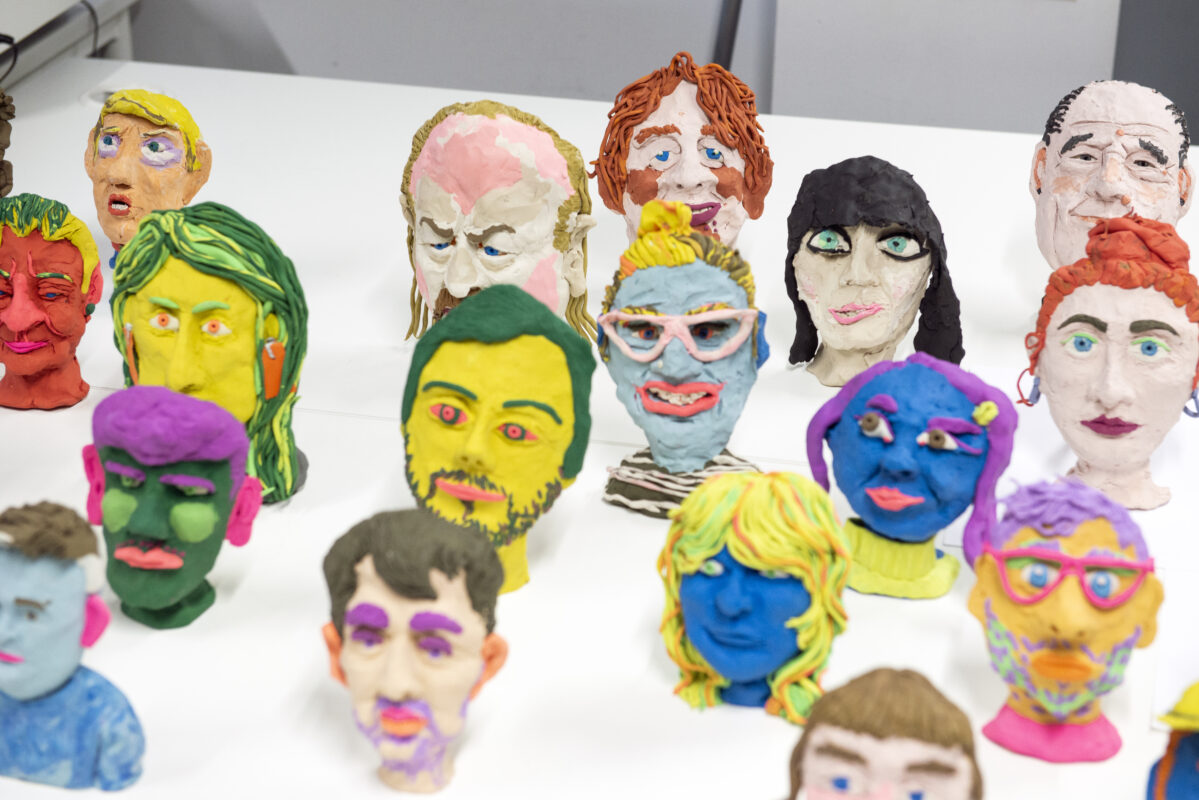 Wilfrid Wood and his incredible workshop. 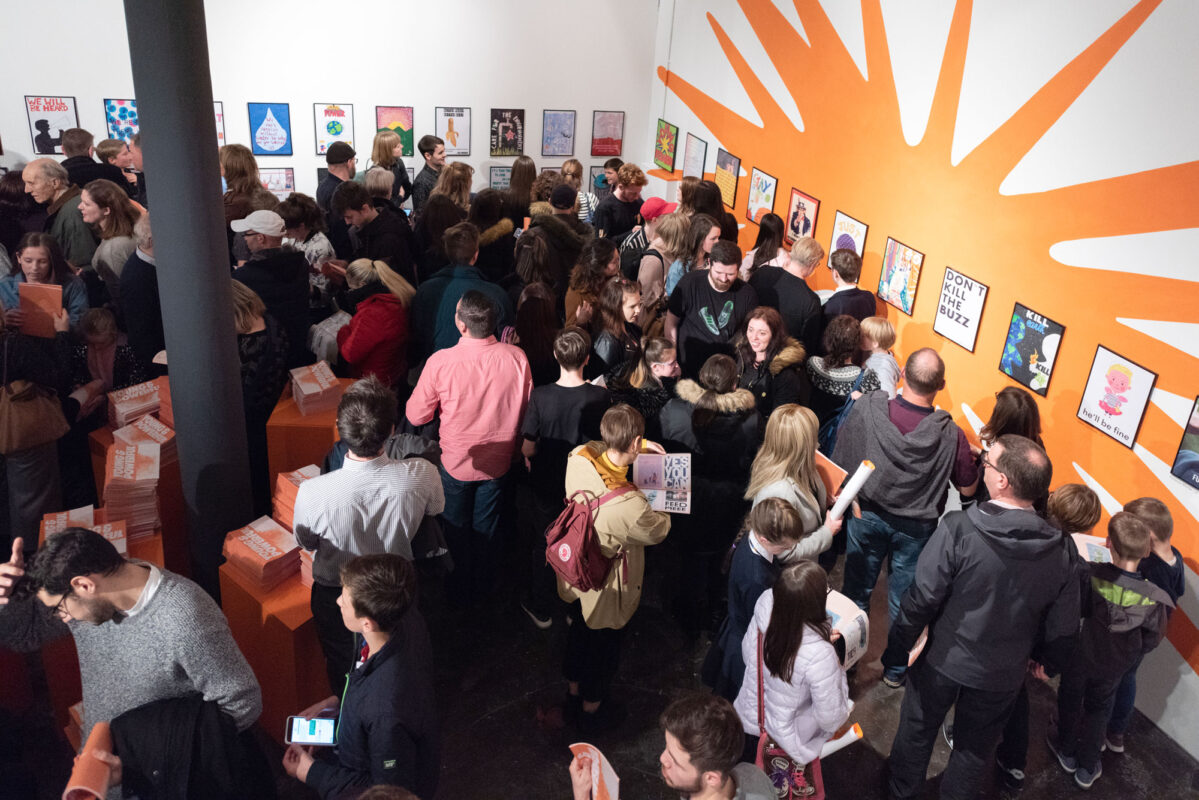 Celebrating Children and Young People in 2018. 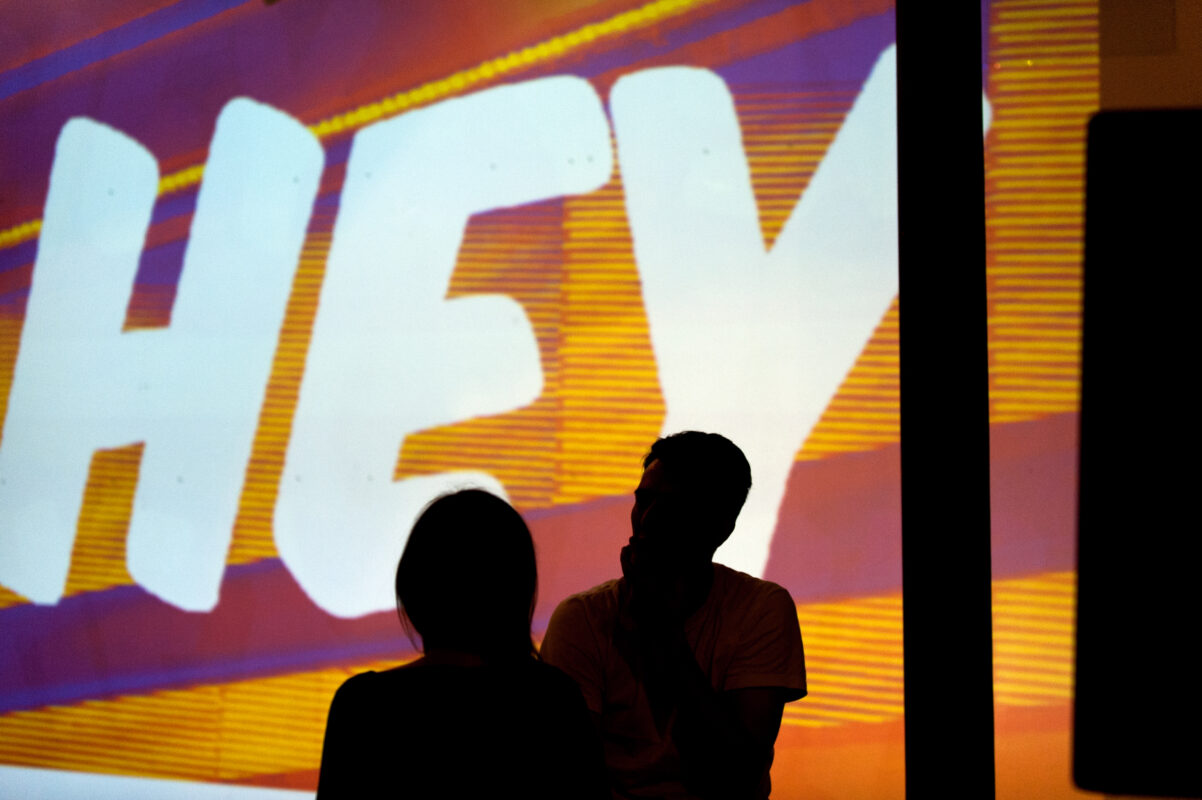 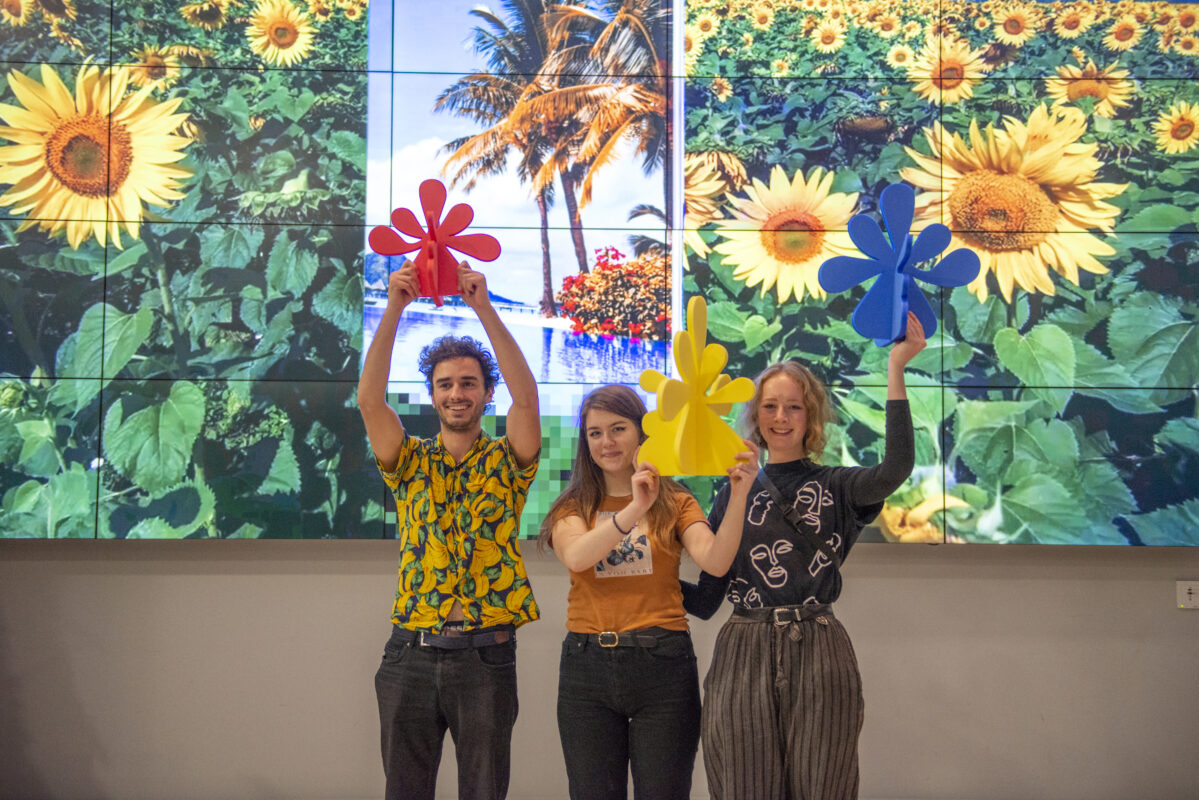 Live Projects winners of 2019.
OUR STORY

INTL was launched in 2014 by Beth Wilson and James Gilchrist of Warriors Studio as Graphic Design Festival Scotland.

Frustrated with institutional education and with untameable fires in our belly’s we began by creating something which we hoped would solve some of the issues staring us in the face.

In our graduating year (2014) we decided to connect some of our idols in the industry with local agencies and our peers to create a space for learning and evolution.

Soon to be graduates (us and our peers) worked on live projects set by respected industry platforms along with established names, up-and-coming creatives and students on a combination of theoretical, skill-based, conceptual and practical projects. Working together, collaborating, speaking, eating and sharing in one space over the course of a week. A community was formed.

Combining the physical festival with an International Poster Competition connected the local event with the rest of the world. What began as a festival programme quickly became more than a festival.

A hopeful 5-day festival snowballed to into a monthlong programme of workshops, talks, competitions and exhibitions and this grew year-on-year to become Scotland’s largest design event and an established event internationally.

As everything grew, the name Graphic Design Festival Scotland became redundant in every respect. With 6 years of experience and consistant ambition to improve and evolve we recognised the need for a more suitable name and identity which reflected our scope and vision for the future.

Months of thinking and development was resolved with Graphic Design Festival Scotland’s evolution into INTL.

Alongside INTL, we continue to run Warriors Studio. Discover more about the studio below 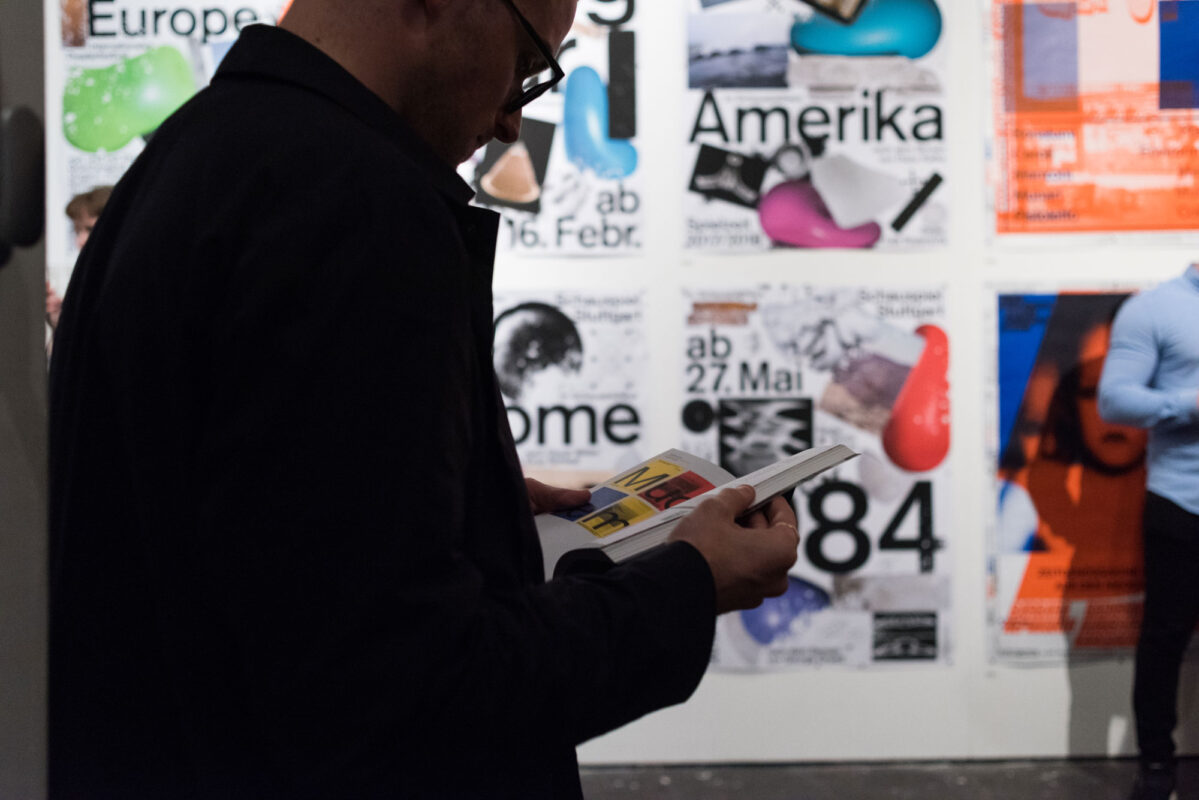 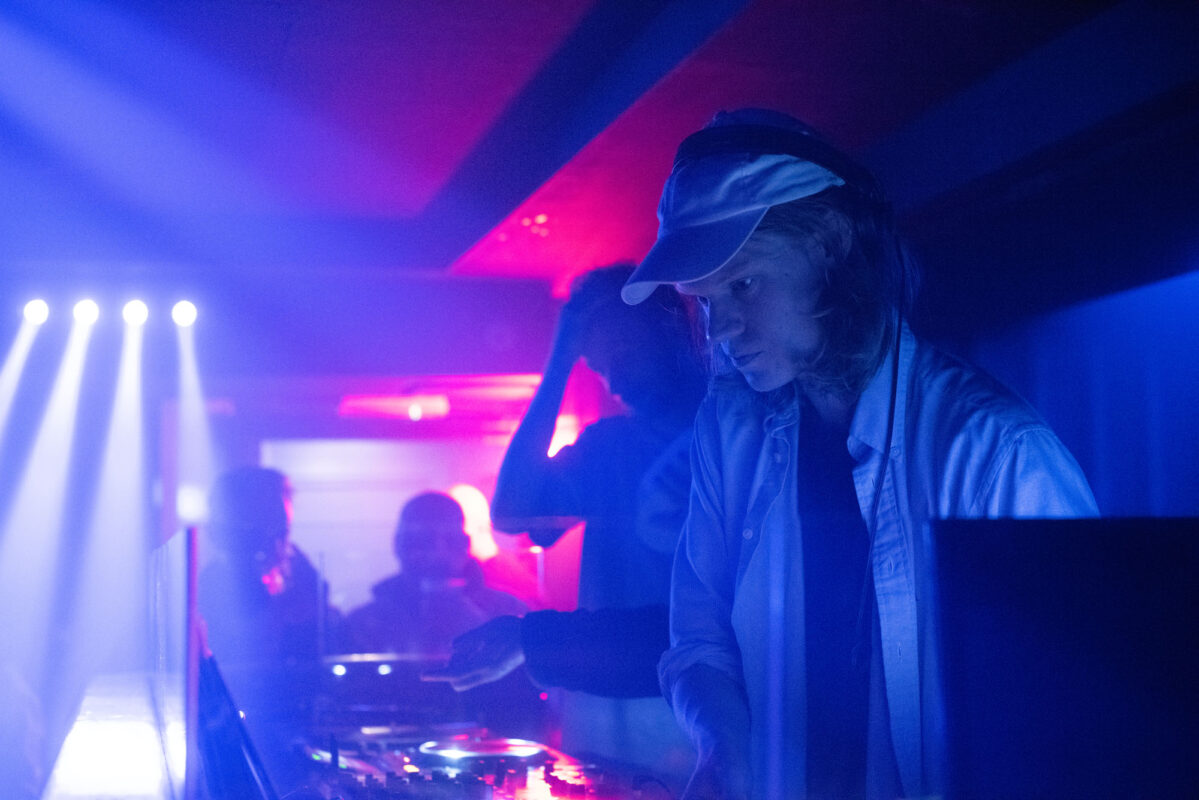 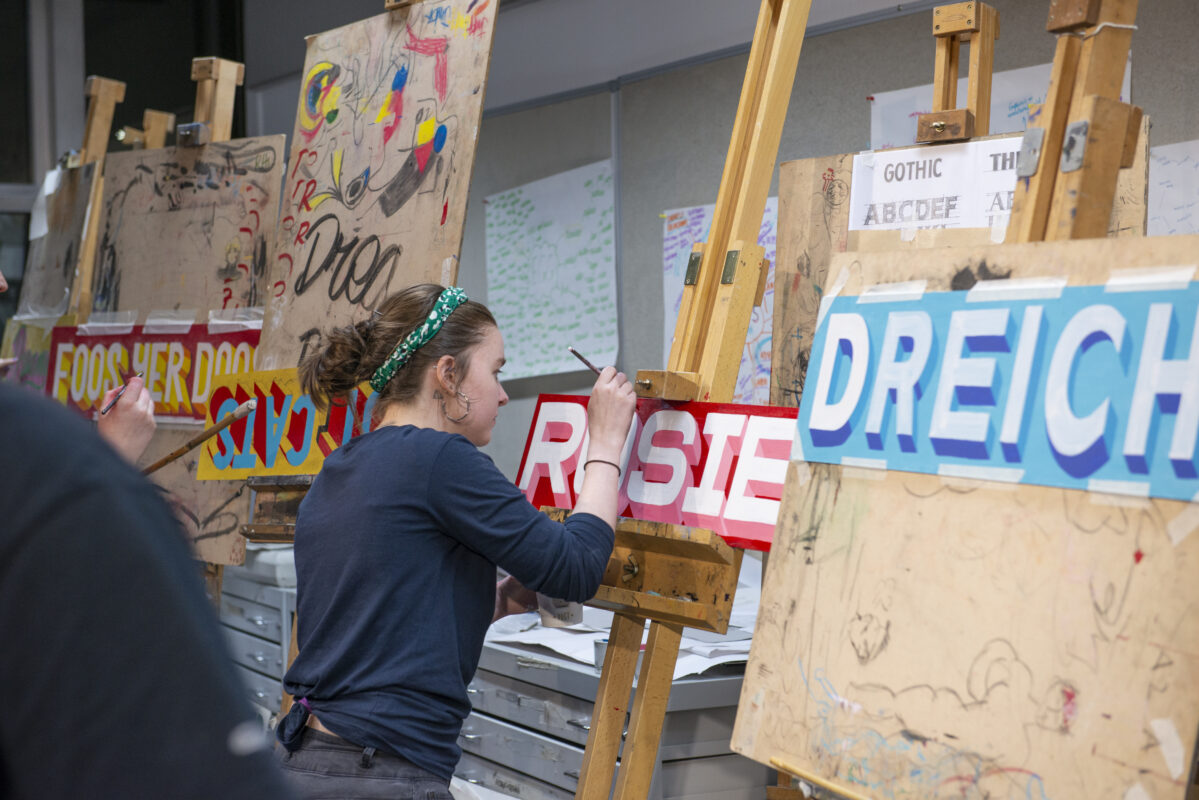 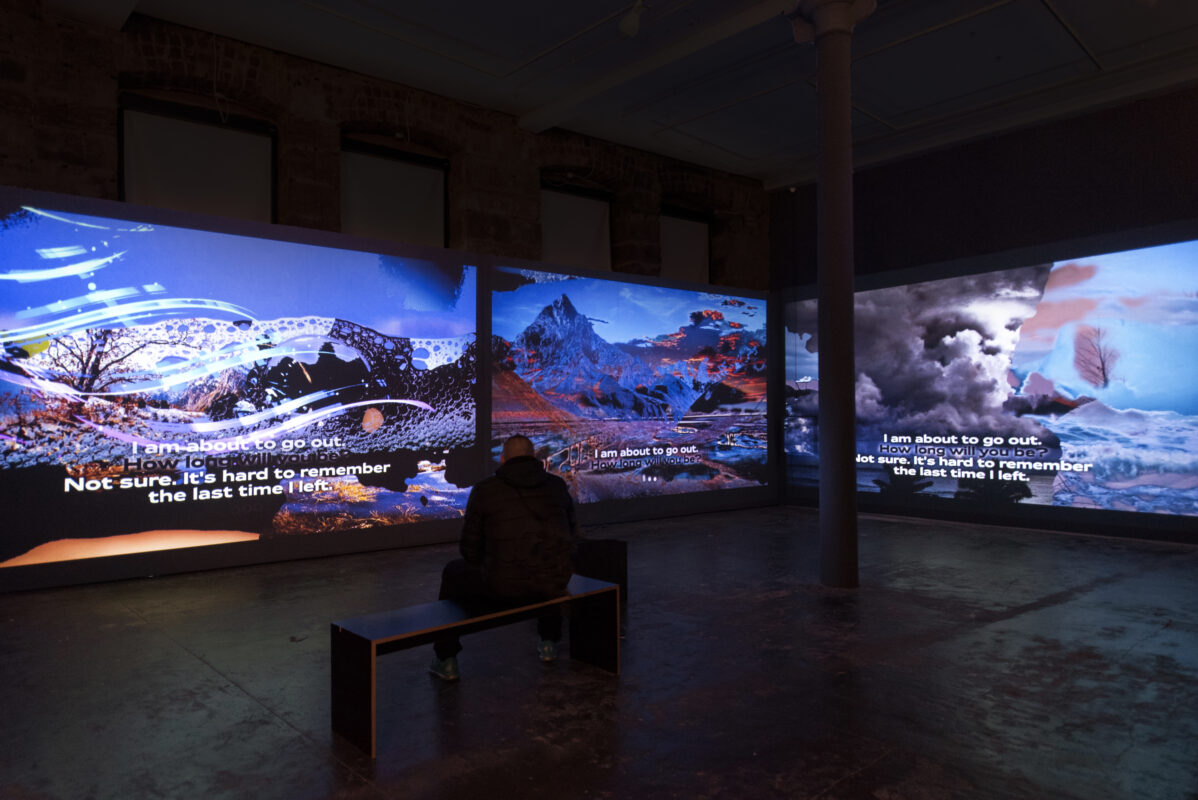 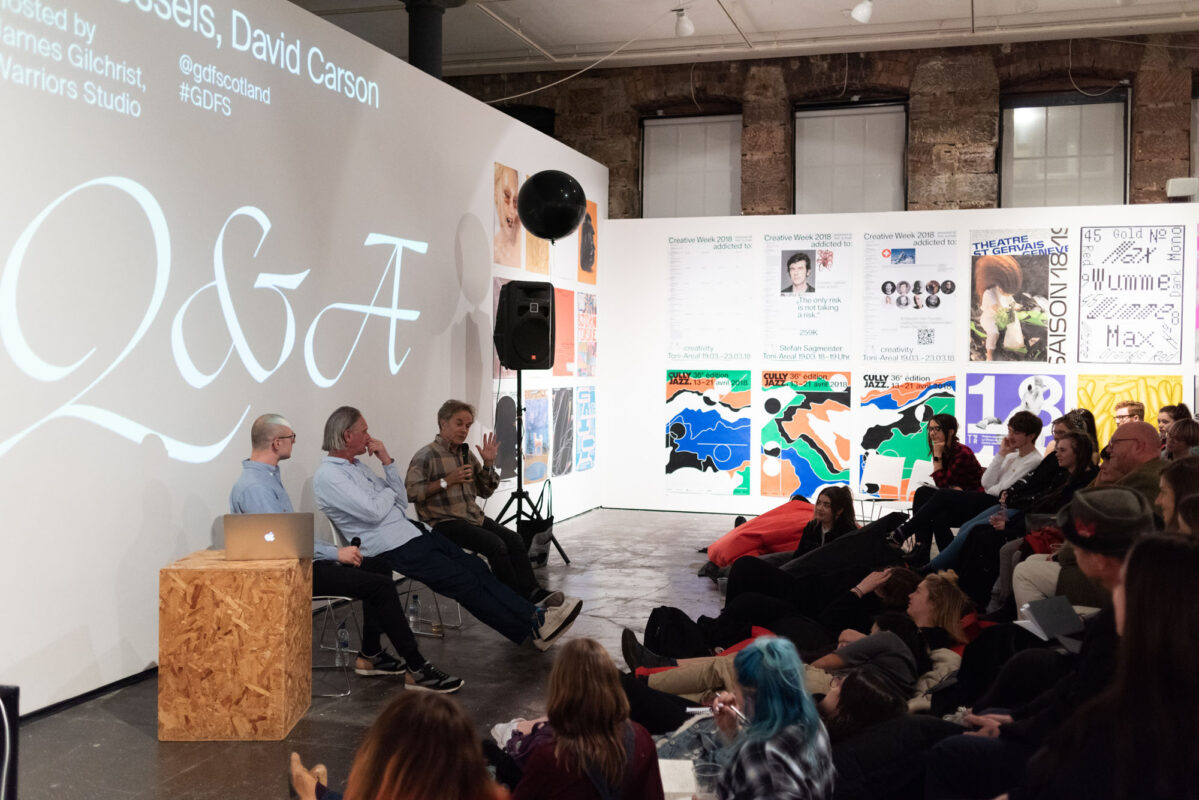 2018 with David Carson and Erik Kessels 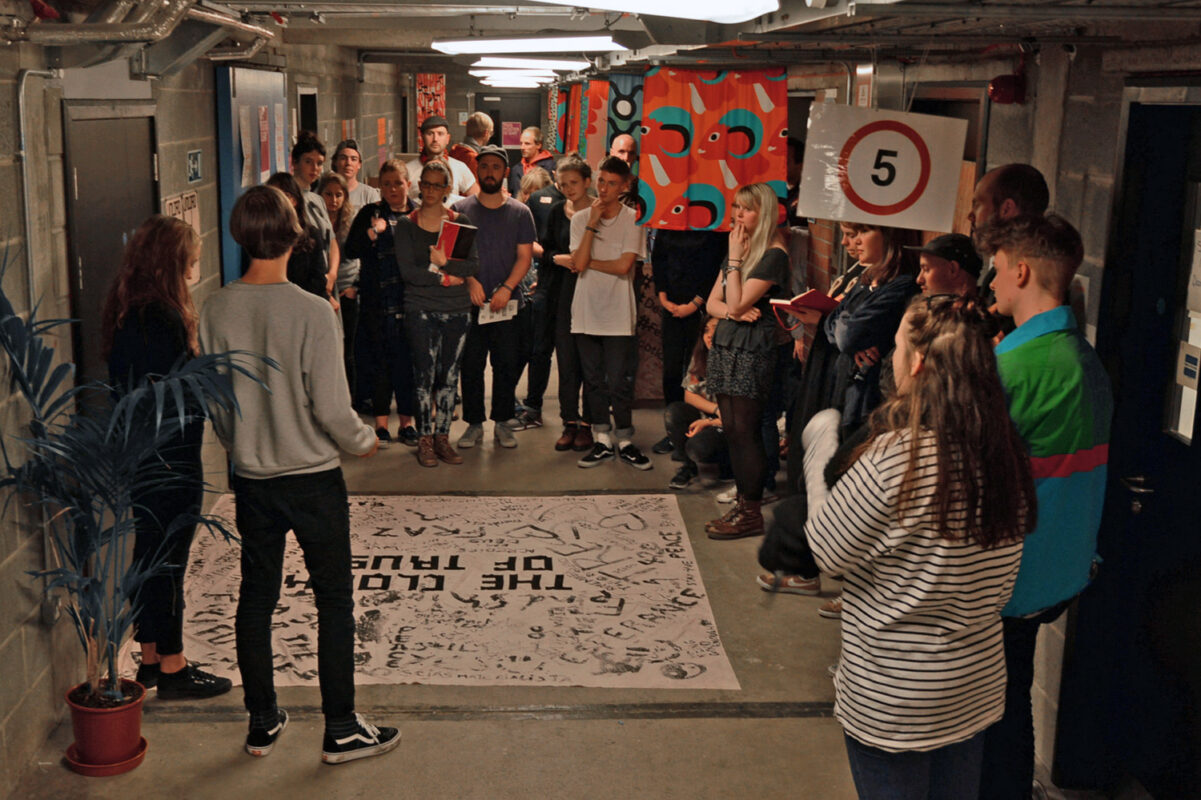 Launched in 2014 as Graphic Design Festival Scotland (GDFS), GDFS evolved into INTL in 2020.

After 6 editions of Graphic Design Festival Scotland and many beautiful experiences, it was time for us to look to the future and develop a new, more open, creative organisation.

Under the INTL umbrella, 3 key programmes are available for all creatives from across the world to participate in and benefit from:

International Festival + Assembly
An international creative festival and on-going events series. Get inspired, learn something new, make connections and evolve in the creative industry through a programme of conferences, workshops, socials and exhibitions. Currently this takes place online.

International Posters
A celebration of poster design through a global competition, exhibition and published book. Receiving over 30,000 posters from 107 countries since 2014, the competition is now open for entry.

International Creative Awards
Recognising leading creatives and outstanding projects through an international awards programme. You can find out more here.

More on GDFS to INTL 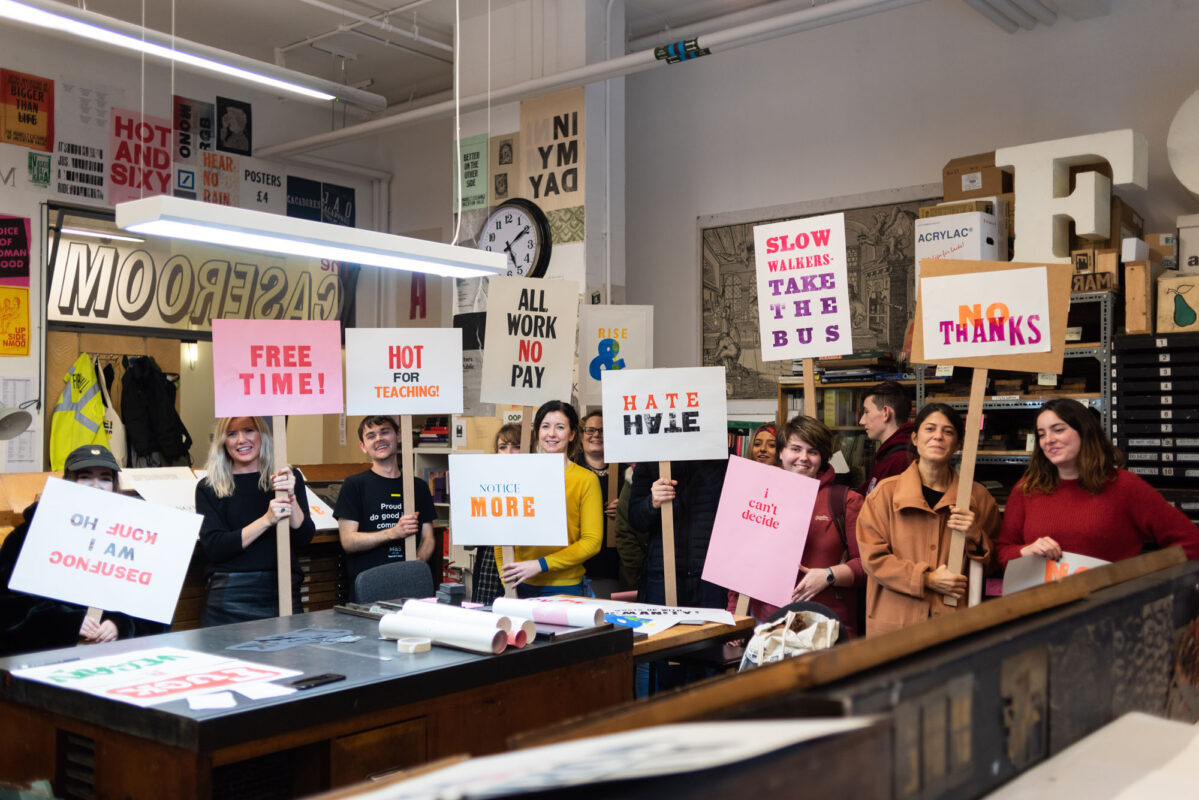 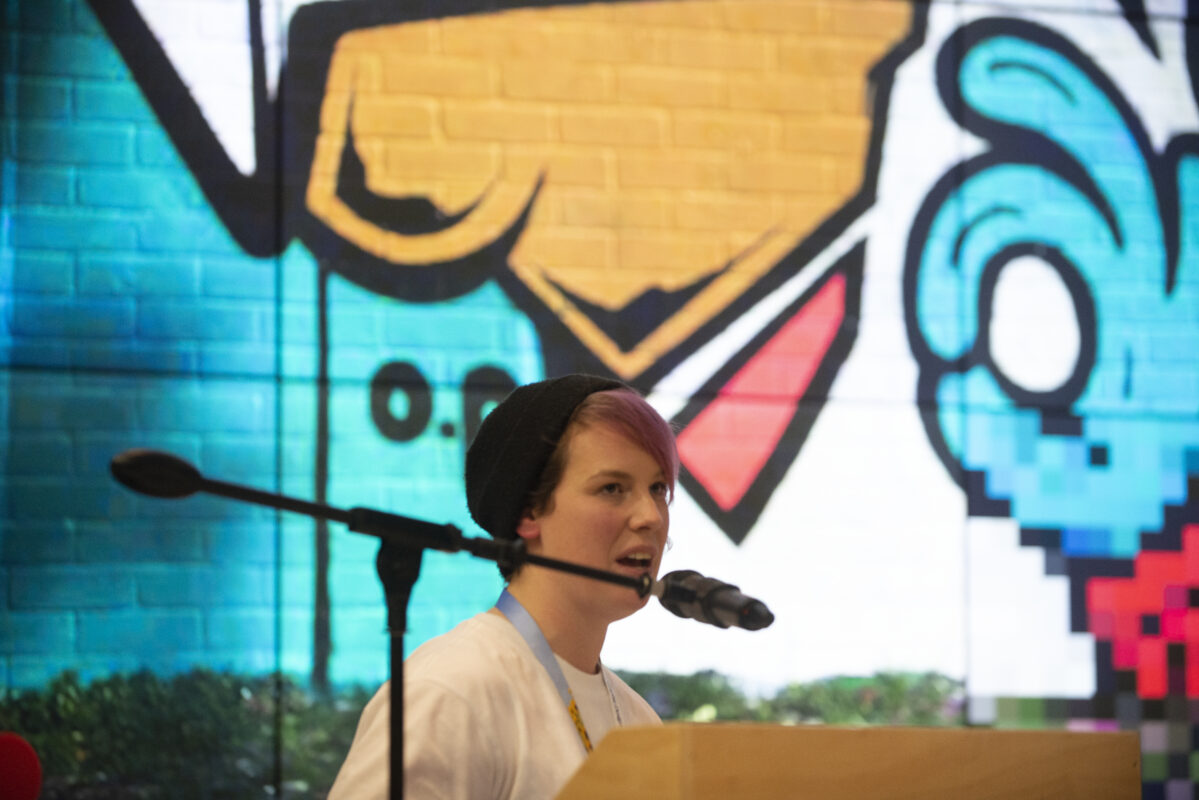 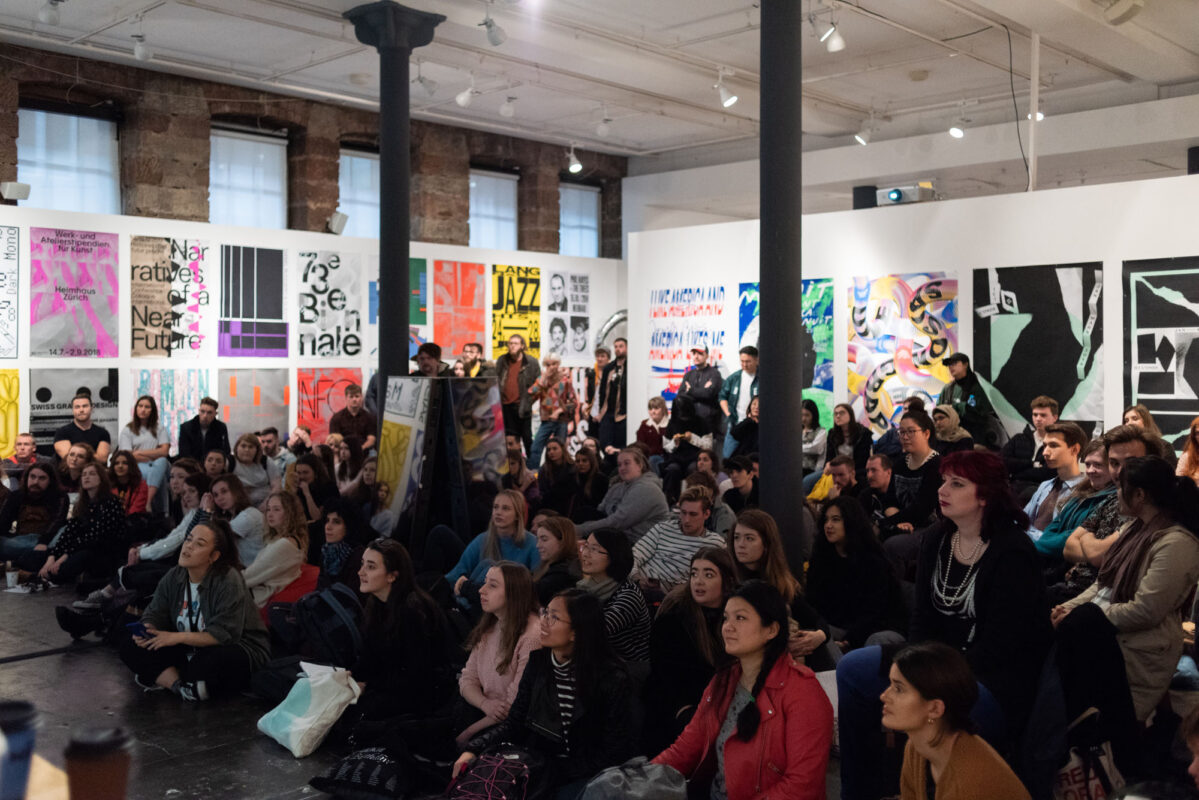 Kicking off the International Workshops in 2018 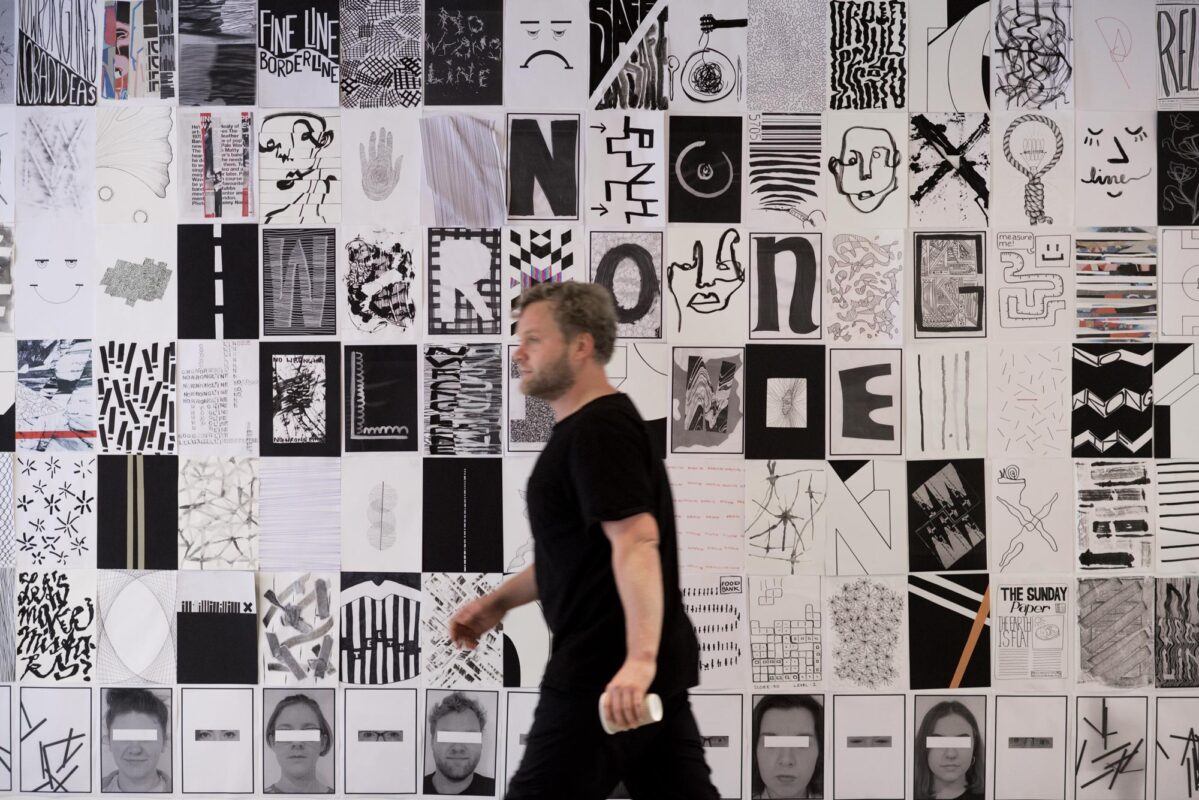 Martin – one of our most loyal participants! 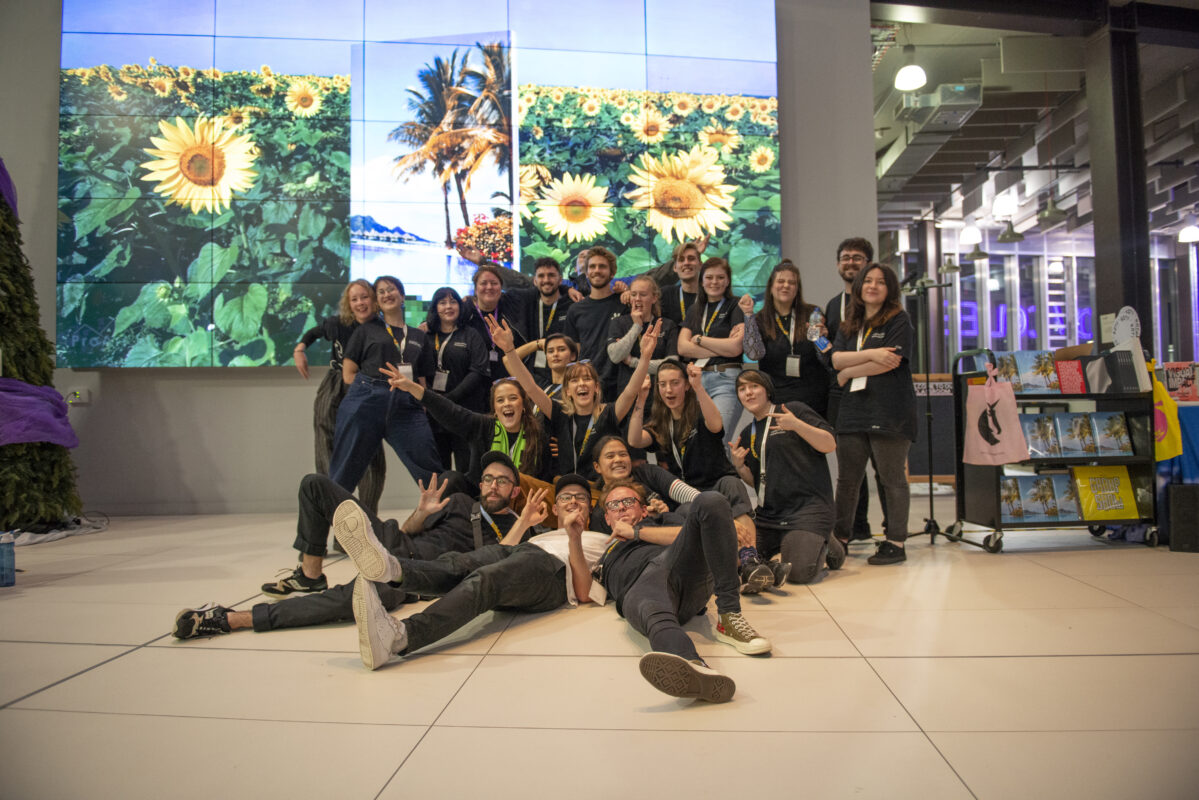 Incredible team of volunteers in 2019

The success and achievements of Graphic Design Festival Scotland and INTL would not be possible without the support of friends, family, volunteers, collaborators, funders and partners.

Thank you to each and every one of you for being a part of this supportive and inspiring community. The journey has been phenomenal so far.

Buckle up for the next chapter!

THANK YOU TO EVERYBODY WHO HAS BEEN INVOLVED OVER THE YEARS